Investigating investigations: a #newsHACK for the cutting edge of journalism

In March 2019 BBC News Labs and Connected Studio brought together over 60 professionals from the fields of technology development and journalism for our latest #newsHACK looking at tools to help investigative journalists. Thom Hetherington reports.

In a variation from previous #newsHACKs, teams were not pre-formed but came together during the event to work on the themes that interested them most. To inspire and inform the attendees the first day began with a series of talks from experts in investigative journalism. Speakers from Airwars, BBC Newsnight and the International Consortium of Investigative Journalists shared their insights about the use and creation of digital tools to aid the investigative process. We’d already collected ideas and prompts for development from each team beforehand and the speakers and the expert panel added to these. 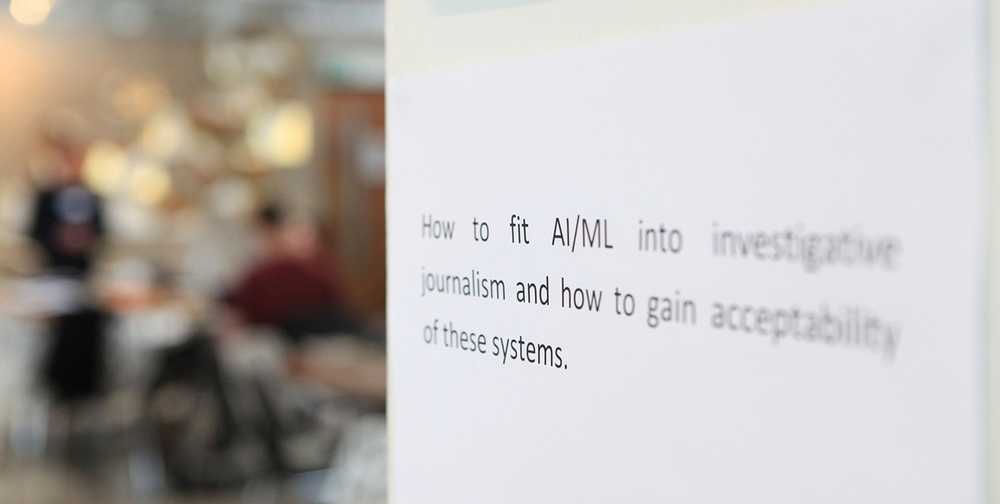 After the short talks, everyone went to work. Teams were formed from a multitude of different organisations, so students, start-ups, online news organisations and national newspapers all began working together on an eclectic range of prototypes.

At the end of the second day the six teams had each created a prototype to present to our panel of experts.

This team asked how we might allow journalists to explore and find connections between entities in datasets (e.g. organisations and people). They demonstrated a tool that used an elastic search to show the most popular results first, as well as highlighting common results within entity groupings - all in a user friendly interface. There was also scope for the tool to draw links between entities that appeared in the same documents.

This team wanted to tackle the problem of having to locate and investigate a specific individual with a common name (e.g. when trying to trace a money trail between a politician and donor). Using an algorithm that used elastic search to isolate different datasets they created a tool that cut down the repetitive task of searching individual data and document entries multiple times at Companies House. The AI gave users results clustered according to the matching names along with an indication of how confident it was in the matches.

As certain countries only let residents make Freedom Of Information (FOI) requests, this tool was designed to help to arrange collaborations across borders. Users would submit a query about an FOI request in a particular country and the tool would then conduct a search (using a Slackbot) and link the user up with a suitable reporter in that country. The tool used a Google form interface and put results into an API queryable database for future use. If it couldn’t find a match this way the tool would use a keyword search on Twitter to try and find a possible match.

This tool was created with the aim of boosting capabilities for local investigative journalists. It was a research hub that helped share knowledge within active local communities of journalists. The team put a lot of thought into building a community of practice around the tool and how they might achieve this by pairing up experts and new users.

A visualisation tool for the exploratory analysis of datasets. Investigative journalists often come to datasets trying to prove a hypothesis or looking for specific information. Beetlejuice used visualisations to help journalists uncover these, as well as find new correlations. Beetlejuice offered users a different way of looking through massive amounts of data by visualising the datasets and highlighting correlations within selected data. The tool was specifically designed to make it easy for a journalist without data experience to explore data more clearly and deeply.

“What’s going on? Where’s it happening? And who can we contact?”

This demonstration made use of the vast amount of data on social media to help investigative journalists take full advantage of geolocation. It lets the user know when and where an event is happening using Instagram story highlights, Snapmaps, # keywords etc. It would create a location based time stamp search engine, cross referencing across social media and providing a journalist with not just first-hand audio-visual data but also a plethora of eyewitnesses to contact. The demo was built entirely using open source tools.

After the presentations, each team were asked questions and given feedback and further prompts to develop after the hack had ended, should they wish to take their ideas further. The day ended with a chance for attendees to continue mixing, meeting, and chatting about their ideas over drinks and snacks before taking their tools back to their workplaces and companies to continue innovation.