The idea of chopping whole stories or programs in any format into smaller reusable chunks to form new experiences for audiences isn't brand new. The BBC, including News Labs and our colleagues in R&D, and other media organisations are already experimenting with this concept.

But much of the potential is yet to be realised. This hack event, focusing on personalised experiences utilising this modular content, was therefore highly anticipated.

It is an exciting approach to scaling unique offerings for digital news consumers as we move away from a single broadcast to all members of the audience, in the internet age. The concept of well tagged granular segments offering a world of opportunities for those designing product experiences for users is therefore gaining traction in the industry.

The postponement from earlier in the year due to the pandemic only added to the sense of expectation among the more than 60 participants.

After remote facilitation sessions in advance and 2 days of intensive hacking the 12 teams from 6 countries had only 5 minutes to pitch their prototypes in front of nearly 100 people on a video call on Friday evening.

We’ve outlined all of the pitches below, starting with the three winners and an honourable mention, followed by the nine other ideas.

Most useful editorial tool: Another brick in the Wall (Street Journal)

The best prototype tool for journalists utilising the concept of modular content tackled the problem of improving the diversity of representation in news sourcing. Pitched by a team from The Wall Street Journal working in New York and London, the experiment looked at breaking stories down into modules by identifying the people mentioned in different parts of them.

By pulling out these blocks, allowing journalists to annotate the data in the content management system and then programmatically organising it, the team demonstrated how their prototype could be used to analyse the appearances of sources in stories in the hope of providing an audit for diversity and even a search tool for those working in the newsroom. 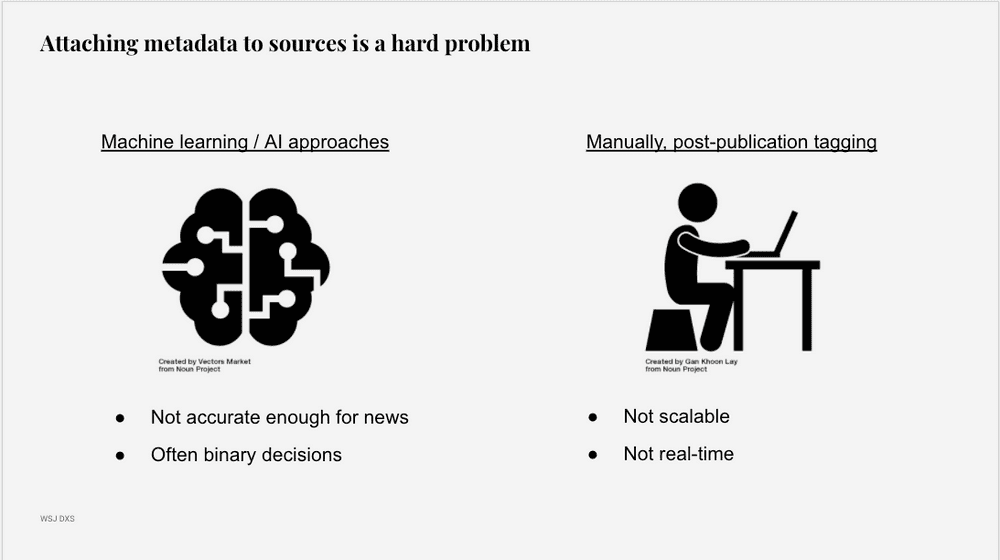 The prototype tackled the challenge of gaining scalable and timely insight into sourcing in news.

The judges commended the prototype's rapid feedback loop, allowing for more timely analysis and actionable insight rather than annual reports or bespoke analytics projects to tackle the same issues.

Could modular content be used to create user experiences that are personalised not just to an audience member's interests but also their journey and offer some fun along the way? A team from BBC News Labs working with user researcher Tomo Komatsu designed a new mobile app that aimed to use short clips, as opposed to full shows, to tailor local news playlists for users while they are out and about.

The prototype also included an "Adventure mode" for those not on a specific journey but looking to discover news matched to locations close to them. It also offered gamification in the form of collecting points and sharing experiences and scoring with social features. 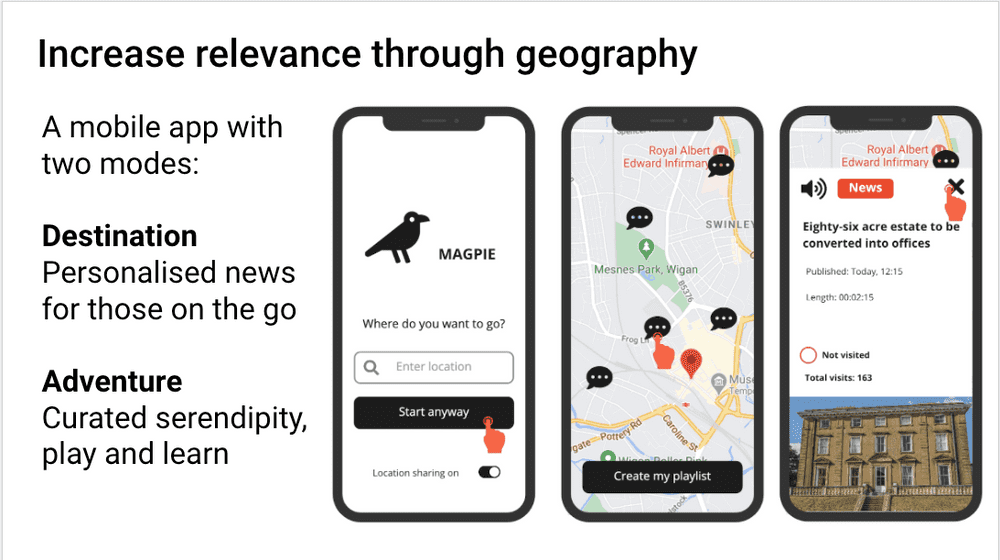 In awarding the team victory in the best audience experience category the judges said they liked how the prototype could encourage community engagement and spur interest in local news by utilising existing content but changing its context for users through modularisation.

The "Surprise us!" category, a newsHack tradition, looks for an original idea that isn't an obvious innovation within the problem space. A team of three from BBC News Labs and Finnish public service broadcaster YLE won for their prototype which aims to provide audience feedback to newsrooms on a block or modular level instead of a story level.

By allowing the audience to feedback, including liking and commenting, on each block of a story, and building a heatmap that shows the sections of story that are trending hot and cold accordingly into the content management system, the prototype hopes to provide reactive insights to journalists after they publish. 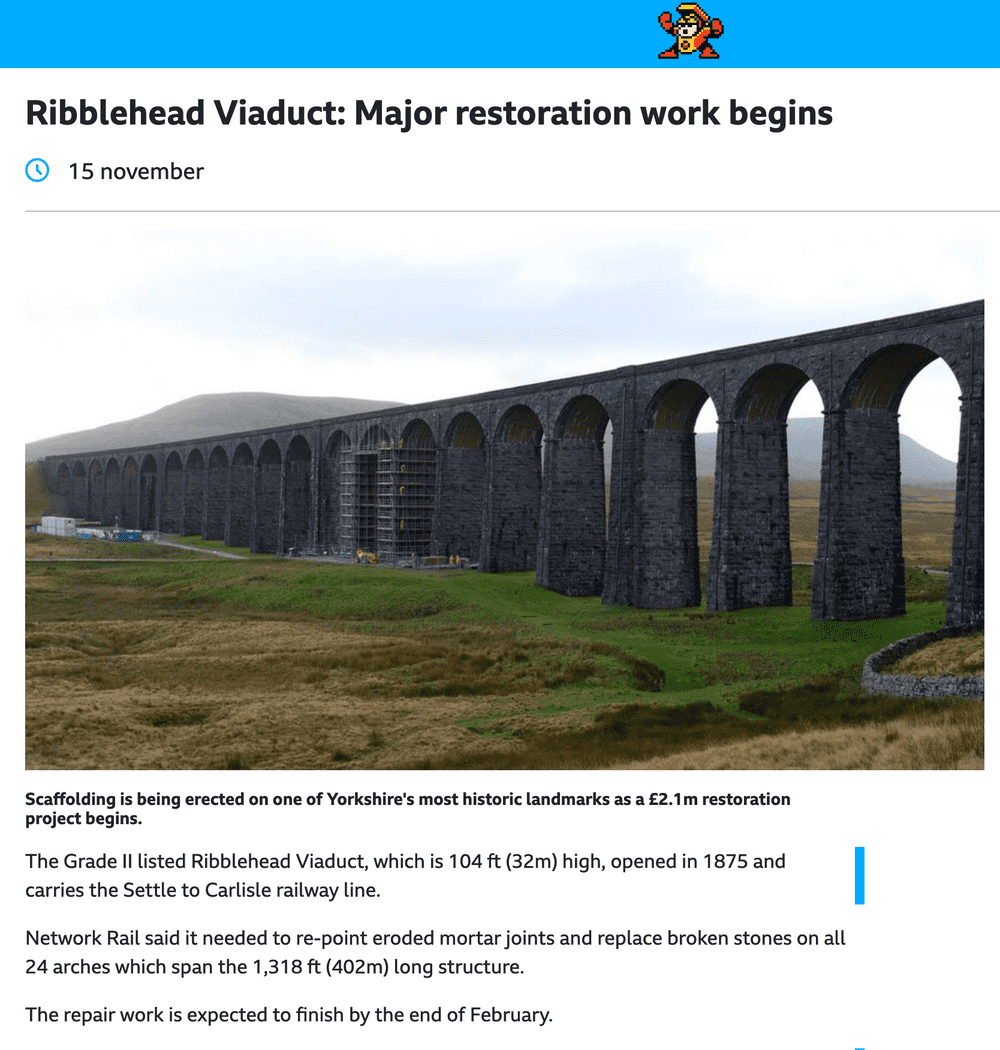 Stories in "Wiley Heatman" show sections of a story that are hot (red) and cold (blue) in a heatmap representing audience feedback.

The team highlighted how the prototype could be used to show journalists what issues are contentious within a topic. The judges commented on the potential usefulness and originality of the tool in awarding it victory in this category.

The judges commended the pitch from the team of students from Cardiff University's journalism school as being outstanding in the audience experience category. They were particularly impressed by the team's ability to identify an audience need and a solution that would make life better for people using the services the judges work on.

The team's idea focussed on making audio news on smart speakers easier to understand by allowing users to pause, go back and listen to a segment or dive deeper into the details of a story using audio hyperlinking.

The reaction to the pitch showed the team had identified a real problem for consumers of audio news who miss something due to a distraction and have no way to navigate back to listen to the entirety of what they know piqued their interest from what they did hear of it.

The judges praised the team's ability to identify such a need, communicate it and also propose a solution, all as the only team without members from industry participating in the hack.

BBC World Service languages showed how the presentation of an online news article could be adapted using modules as components to tailor the experience for anonymous users based on data other than a profile, for example how they arrived at the site.

Swedish public radio (Sveriges Radio) proposed splitting the atom of news broadcasts to get to the critical point - the nucleus of each story - using machine summarisation on the transcripts. The team showed how these couple of core sentences could be combined to from a one minute update on the news that could be played between podcasts.

Remix Regional created an experience for users to bring them closer to regional news from Bayerischen Rundfunk, a public service radio broadcaster based in Munich, Germany, who collaborated with Der Spiegel. The team demonstrated a personalised news mix of modular content selected based on the user's proximity to a point of interest. 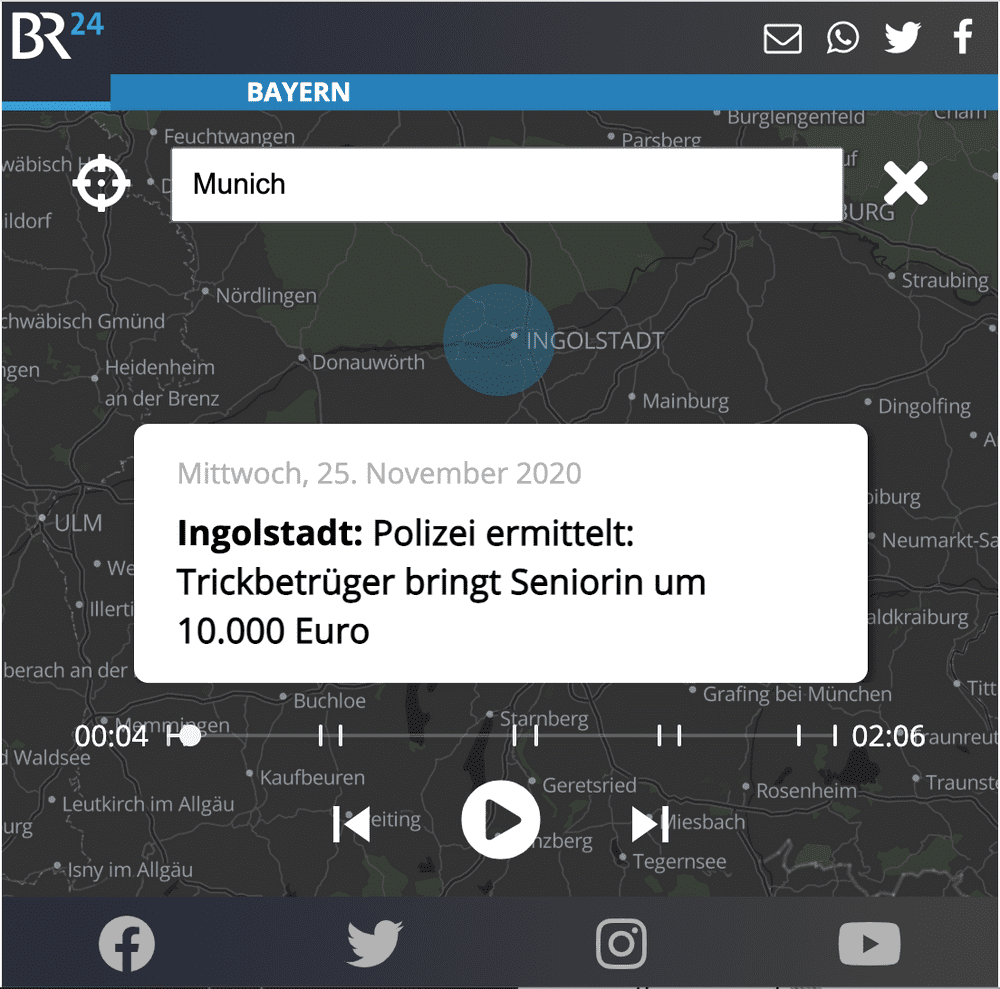 The "Remix Regional" user interface which centres a personalised news experience on a point of interest.

Four teams comprising members from DXC and other collaborators proposed ideas around automation utilising modular content. "You News" took metadata set by a user on their preferred learning style to tailor a news homepage to them, without changing the content itself.

A second team looked at creating a developer community for modular content enthusiasts to share best practices and work towards standards that would make sharing and re-publishing high value content, for example graphics for local news outlets, scalable.

Two teams examined the tooling needed for AI assisted article production, in order to optimise the work a journalist has to do to create an article. Utilising a web scraper, the pipeline would identify topics and themes and allow assigned journalists to tag relevant snippets of content, allowing for a newsroom to manage structured journalism. The judges commented on how they could see this solution potentially taking some of the work out of the tagging which is needed for modular journalism experiences.

BBC Public Service reading experience team proposed a "News Blender" to tailor online articles based on data on an audience member's profile and segment matching. The team pitched their idea as taking the pineapple of news which is currently difficult to consumer, or eat, cut it up into chunks and blend it to suit the audience member's preferred taste to serve everyone a smoothie.