In May, as millions of people across England, Scotland and Wales went to the polls, we deepened our digital audio news coverage with the launch of 40+ new services for the UK. 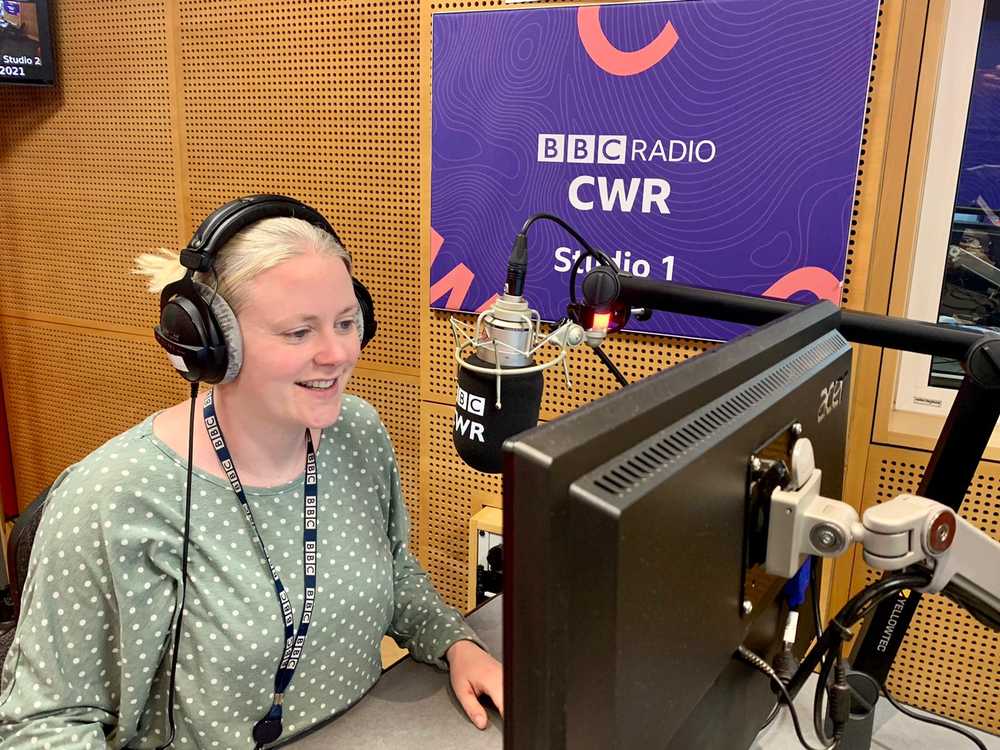 Now, whatever the time of day, audiences can get a quick update on the headlines, sport and weather from their area. These new-style “micro-bulletins” are published seven days a week from all 39 local stations in England, plus national services for Northern Ireland, Scotland and Wales - including a Welsh language offer.

All are available via the BBC Sounds app, Google Assistant and the BBC skill on Amazon Alexa. You can also catch many of them live on-air.

This digital-first approach is in response to the shift to a mobile and platform-dominated media environment, and the resulting changes in listener behaviour. It also supports a broader BBC strategy to evolve the tone of our news output and, in future, to give our audiences customisable audio news experiences.

Here’s how to listen.

“Our mission must be to deliver for the whole of the UK and ensure every household gets value from the BBC.” - Tim Davie, BBC Director-General

Greater investment in local news is a key part of the pledge to audiences Tim Davie made in March. We know that people value information they can trust about their area, because they tell us. However, we needed to make sure our news services were available on-demand in all the places our audiences listen.

The project took 12 months to deliver, with the coronavirus pandemic acting as a catalyst. Our early research suggested that, through these bulletins, the BBC could help to create a sense of psychological security in a time of crisis, empowering people to take action on the issues they’re hearing about.

We took an agile approach: starting small, with a plan to iterate and scale incrementally. In the discovery phase, we worked with six “champion stations”. These teams began piloting and user testing in March 2020 as the UK’s first national lockdown was announced. In May, BBC Radio Wales/Cymru launched their services, covering the first minister’s daily Covid briefings. In June, when Leicester became the first to enter tiered restrictions, we expedited the launch of services in English and Gujarati.

Once the champion stations were up and running comfortably, clusters of neighbouring stations from each region came online with their support. For example, several North West England stations rolled out their bulletins in January 2021 with support from Radio Manchester. 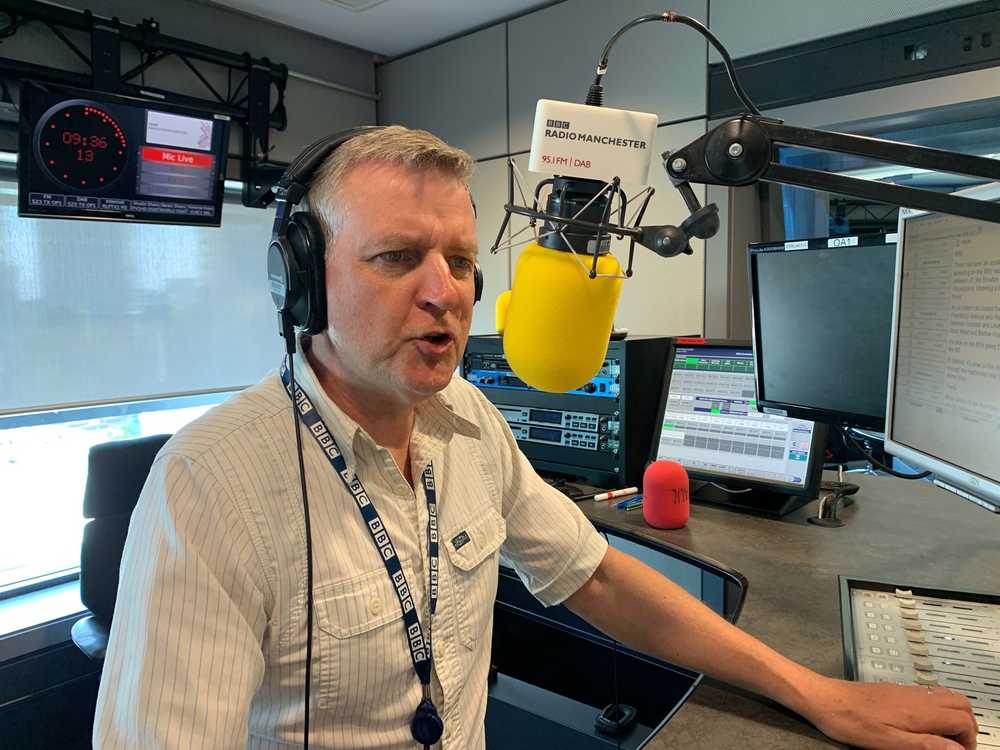 This way, we learnt lessons early, addressed technical issues at each stage, and documented best practice in “how to publish & troubleshoot” documentation. BBC Local Radio also commissioned an internal training course on “Writing for Voice”, with more than 200 journalists trained to date.

We gain new insights about our audiences every time we build new products, developing our understanding of what people want, and how they want to receive it. Here are the top five insights from this project:

A consistent structure matters. Short is good, around two to three minutes is the sweet spot. The bulletins start with three weighty local headlines followed by a feel-good community story, local sport where relevant, and weather. Each bulletin ends with a promotion for the relevant live BBC radio stream.

A unique offer in new places. The unique selling point is a concise update that people can’t get on-demand and hands-free any other way. No more waiting for the live top-of-the hour radio and TV summaries. Users told us it would increase their local news consumption.

Keep voice commands simple. Originally these were aligned with the radio stations e.g. “Play BBC Radio [Devon] update”, but people found it wordy and difficult to remember. So we simplified it to “Play BBC News for [Devon]”. Ideally, we want to get to “play local news” or remove the onus on audiences by geo-targeting bulletins using their BBC account data.

Conversational style and upbeat tone work well. Users don’t mind hearing different newsreaders, but they value a consistently warm and clear voice. Clarity here means a steady speed, and using intonation to make it clear when one story ends and another starts.

Content needs to balance local, newsworthy and feel-good. To deliver on all three, a bulletin needs to demonstrate local knowledge. In the first round of testing, users felt some important local stories were missed, undermining the integrity of the service. And some “twists” on national stories felt like token gestures, lacking significant implications.

The “feel good” factor comes from the inclusion of a “Make A Difference” segment. This is a BBC Local Radio initiative launched at the start of the pandemic offering positive, hyperlocal stories of organisations and individuals supporting their community, as well as putting those in need in direct contact with volunteers.

Success relied on the commitment and expertise of both editorial and technical teams.

We had to ensure the idea wasn’t too much additional work for editorial teams. We knew that newsreaders across every radio station currently present the bulletins live, on the hour so we asked them to adapt the 0600 and 1600 slots with the new-style updates. And because all live BBC output is digitally stored post-transmission, all the presenter has to do is chop out the bulletin and save the audio file with a specific naming convention and publish.

Then the audio is published to a branded web page for each station in BBC Sounds with additional metadata automatically added, like the date and time. Here is the Manchester page, for example. These URLs have a unique reference ID, which is used by Amazon to poll for the audio. It is also contained in the RSS feeds for Google Assistant.

Some brilliant minds in the BBC's Design and Engineering department built this new publishing pipeline. Our product manager built a healthy working relationship with Amazon and Google (on whom we also relied for technical implementation work), our developers certified and re-certified the BBC skill on Amazon after every launch, and set-up the RSS feeds for Google. Our testers gave everything a rigorous quality check. And so much more.

Finding the right tone and format for the bulletins was crucial for them to resonate with audiences. But first they have to be able to find them.

We’ve been promoting the services with trails on linear platforms, short video promos on social media, embeds in BBC newsletter emails, and on smart speakers within our interactive national news service on Amazon Alexa.

Got a smart speaker? 🔊

Get local news by saying 'play BBC News for Cornwall'.

Hear updates every day on most smart speakers. Try it now! 👍 pic.twitter.com/oLUjdojOGG

Another answer is: metadata.

The BBC has developed a metadata vocabulary to describe content accurately, thoroughly and consistently. This “common” metadata acts like a passport, allowing content to travel around the BBC digital estate and surface in places other than the originating radio station web page or BBC Sounds app.

Again, we didn't want to overburden the editorial teams by asking them to add "tags". We needed automation. The BBC's Internet Fit Radio team delivered it. They developed a pipeline that takes what we already know about the content and infers new descriptors. It looks at the characteristics of the bulletin on publication and determines that, for example:

In order for the bulletins to surface elsewhere, the relevant content teams need to know what to look for and create a “curation rule” that looks for the tags. For example, work is under way on the new pan-BBC Topic Pages set up for places across the UK. Here’s an example for Manchester, where the bulletins will start to appear. The metadata makes this possible. And most importantly, journalists can focus on the journalism not the distribution.

The future of audio is personalised

During testing, some users spontaneously expressed a desire to be able to tailor their update. What is clear is that customisation is an expectation not just a “nice to have”.

This is in large part being driven by Big Tech. Right now, they’re getting into the business of personalised speech streams. For example, Google’s “Your News Update” algorithm serves up personalised bulletins based on implicit and explicit signals by a user, aggregating content from multiple news providers. Spotify is also making serious inroads with its Daily Drive offer – a playlist of news, sport and music “for you”.

“I’d like to filter the update, like I do on my news apps so I get the news I want. Like, I don’t want to hear sport but I know other people do.” - Audience member

These platforms have tremendous reach, and are introducing many people to the concept of personalised speech radio for the first time, establishing a new set of expectations and habits – particularly among younger audiences.

Within this context, these BBC bulletins are of longer-term strategic value. Essentially, we’ve created a short-form digital audio pipeline for localised news – a first set of “building blocks” that can in future be curated in new and even more relevant ways for our audiences.

The launch is a significant milestone – but it doesn’t stop here.

Many thanks to contributors Tallulah Berry and Luke Eldridge