A tool for turning audio content into video files that can be shared on social media.

The BBC creates a lot of compelling audio content, but sharing that content on social media is difficult. The main social media platforms prevent the upload of audio files and prioritises native content over links to external sites. In general, audio can't be easily embedded or attached to shareable visual content.

In order to combat this problem, the public service broadcaster WNYC in New York created the Audiogram Generator and released it as an open-source tool. It allows journalists to select sound bites from an audio file and export them as MP4 video files, which can then be shared on Facebook and Twitter. It overlays a background theme with a waveform animation of the audio clip, which then fluctuates along with the sound bite. This acts as a hint to users scrolling through autoplaying video that there is something to listen to.

The version that New York Public Radio developed lets journalists choose from different predefined themes as a background and add text as a caption. We've modified the tool so that the social media teams working for our radio programmes can customise their design. 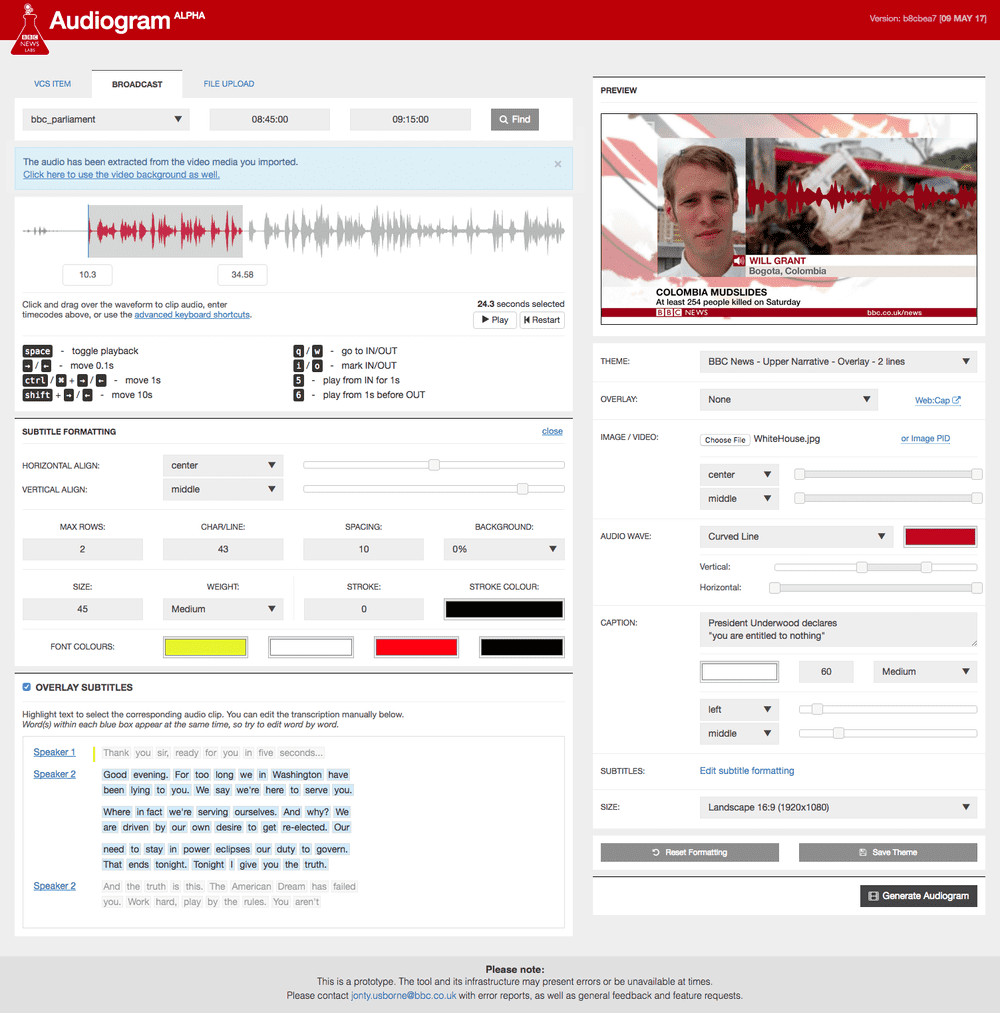 Fully expanded design options for our version of the Audiogram generator.**

We've also integrated the generator with our internal version of Kaldi, a speech-to-text engine, which automatically transcribes audio files that are uploaded to the tool. Using a News Labs text editor, journalists and producers can correct the transcript before burning timecoded subtitles onto the mp4 file. Our text editor also allows users to generate subclips from the transcribed text, rather than using a waveform representation of the audio file.