We're exploring how bots can help the BBC reach new audiences and simplify workflow for our editors and journalists.

How can we leverage bot technologies to reach new audiences on messaging platforms and social media?

So far we have built bots for Facebook, Twitter, and Telegram in collaboration with the BBC's Visual Journalism and World Service teams. These bots have variously allowed us to automate our coverage of the EU Referendum, reach audiences where World Service websites are blocked and engage readers who wouldn’t normally visit our sites.

We piloted the BBC's first in-article chatbot by adding a conversational interface to the bottom of BBC News stories. This gave readers the ability to find out more about a topic in a more conversational style. For the trial, we added the explainer bots to articles where the subject domain can be more complex. The conversations were based on pre-scripted material written in a multiple choice format. After a successful pilot, we adapted the in-article chatbots for use in the UK's general election.

A demo of our in-article chatbot.

We created a quiz within a Messenger bot in conjunction with BBC News’ "So I Can Breathe" season, which is a collection of solutions-focused reporting on the topic of air pollution. Users made their best guesses at a series of multiple-choice questions before being presented with the correct answer. We were particularly interested in whether young, female audiences might be more interested in this format than in traditional news quizzes. The project also gave us experience using AWS Lambda.

News Labs helped produce the corporation's first ever Messenger news bot in collaboration with BBC Mundo and World Service. The bot sends subscribers a list of news headlines each day that link back to the Mundo website. Users can request more headlines or share stories from within Messenger. Editors can also monitor metrics to determine how much traffic the bot directs back to the BBC website, which can then be used to inform further work on the platform.

A demo of the BBC Mundo Messenger bot.

Our Twitter bots automatically created and tweeted graphics showing voting results on the nights of the EU Referendum and U.S. presidential elections. We built the EU Referendum bot after receiving a request from the Visual Journalism team, and extended the code so that it could be reused during the U.S. election. We hope that the code behind these bots will become a standard part of the BBC's election coverage. 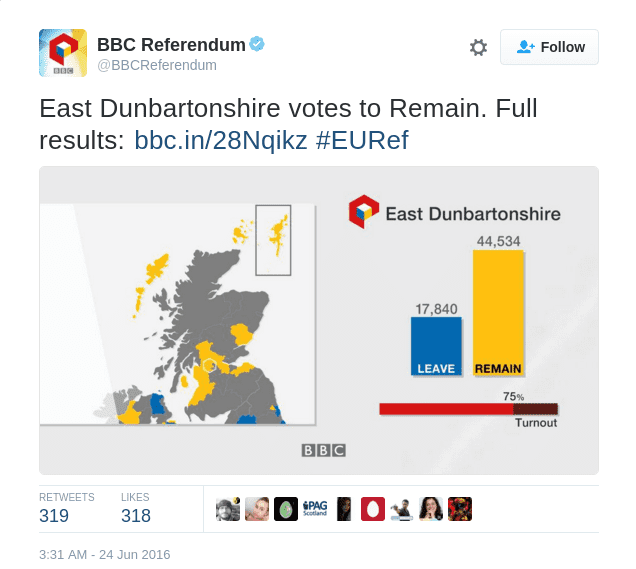 An example of a tweet from our EU Referendum bot. 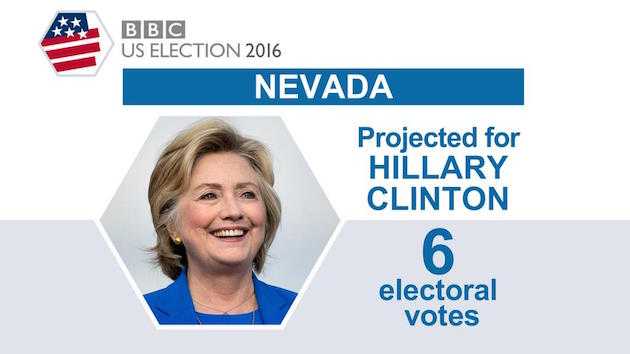 An example of a tweet from our U.S. election bot.

Launching initially with @BBCUzbekBot, our Telegram bots can deliver news where audiences can't access the BBC's website. In addition to the bots themselves, we also created a web-based tool that allows BBC editors to add custom commands and features without having to modify code.

News Labbers Lei He, Alex Norton and Rachel Wilson helped develop the winning entry at the IBM Watson Build a Bot hackathon in October. News is one of a number of sources used to power interaction. Using a combination of APIs, their project experimented with text to speech and artificial intelligence in ways that we hope to explore further in our bot-building for BBC News.

News Labber Lei He experimented with new features for Messenger bots during Connected Studio's 100 Women Hackathon, including an API that turns a single bot into a multilingual product and a method for feeding user input into an automated graphics generator. The graphic, which feature images of the BBC's 100 women alongside the user's description of an inspirational woman, can then be shared to Facebook and Twitter from within Messenger.