A tool that allows journalists to create rich graphics video templates directly from their web browser.

How can we make it more efficient for journalists to re-version motion graphics templates and web videos?

Stitch is a browser-based tool that allows journalists to re-version rich graphics templates and online videos. It is designed to assist producers working in the BBC’s Language Services with faster translation of English-language broadcasting elements and digital videos.

In traditional workflows, World Service journalists wishing to produce their own version of an English-language graphics asset have to contact a designer to manually edit it in a programme like Adobe AfterEffects. The designer then has to edit, export and send the asset back to the journalist. This can create bottlenecks in workflows, especially for World Service bureaus with smaller dedicated video teams, who may be based in locations and timezones far from the BBC’s main hub in London.

Stitch allows journalists to use a simple web form which automates the re-versioning process, reducing the need for specially-trained editors and avoiding the necessity of referring everything back to London. Users do not need any knowledge of video editing – they simply enter a line-by-line translation of any text appearing in a selected web video or graphic, while the software preserves the time coding of the original media asset. Journalists can also specify whether they want their asset to be formatted as a square, horizontal or vertical video, allowing the same content to be easily adapted across social platforms.

Data from the web form is passed to the source template in Adobe AfterEffects, and an updated video file is then passed back to the Stitch library. The tool also allows professional editors to create and update custom templates, along with the web forms needed for journalists to use.

Currently, more than 600 BBC journalists from our bureaus in Jakarta, Delhi, Islamabad, Hong Kong, Moscow, Kiev, Baku, Nairobi, Abuja, Dakar and London are using the tool to produce an average of 100 items per day. It has been widely praised for the freedom it gives journalists to quickly create their own content without waiting in a queue for a professional editor and by editors for freeing them up to do more highly skilled creative work. Senior World Service managers describe the tool as vital to the BBC’s expansion plans as part of the World Service 2020 project. 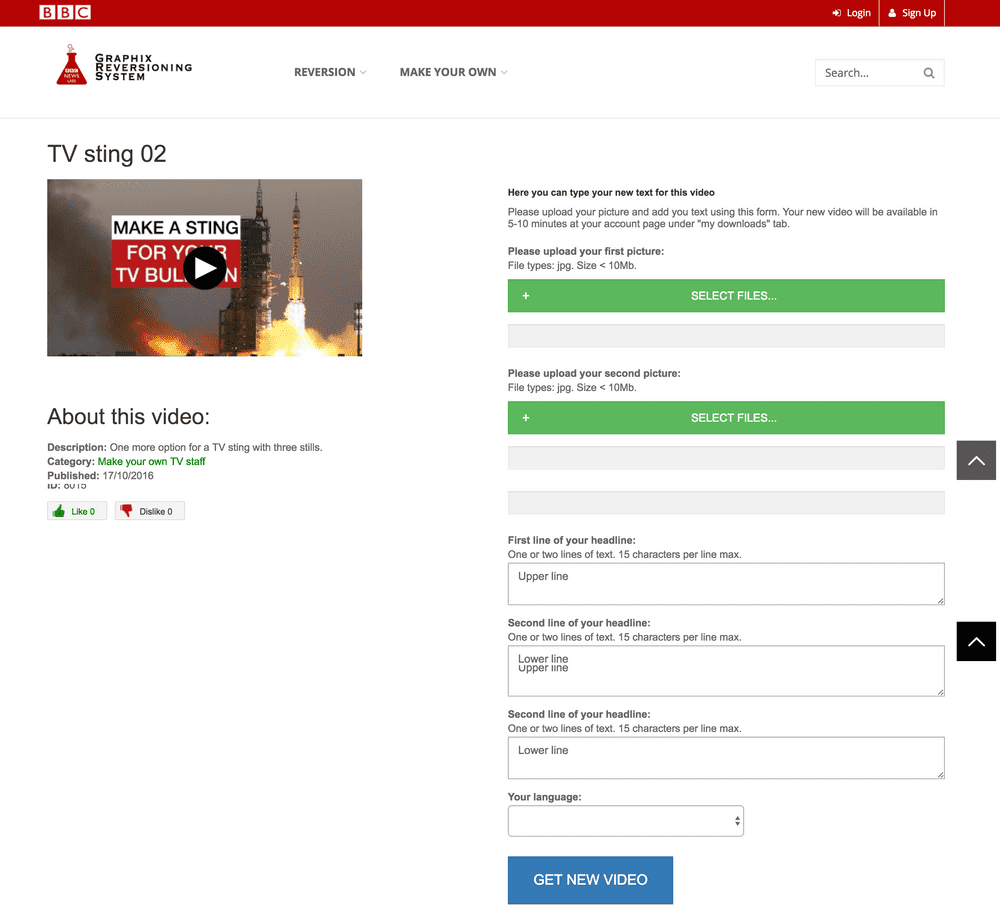 An example of re-versioning a TV sting.